What would the holidays be without family gatherings? Family, friends, loved ones, all piled into one place. And everyone wants Grandpa there. It wouldn’t be the same without him.

But can he handle it?

Cue the music. With a little help from the 12 Days of Christmas, you can help everyone remember what Grandpa needs so he can join in the festivities—without requiring the rest of the week to recover.

What’s the backbone of every song? The rhythms. Sometimes fast, sometimes slow, but everything else fits around that.

So what’s Grandpa’s rhythm? When is he strongest? The most tired?

Try not to vary too widely from naps and eating times because it can get him jumbled for days. Plan the gathering for his best time. Maybe he can’t open and close the whole event, but hopefully he could come for a short time.

All those flautists! Can you imagine? Even the best music can grate on your ears if there’s too much of it.

How does Grandpa react to noise?

If everyone’s talking, kids laughing, music playing, dogs barking, it can be overwhelming. He may not be able to hear the person next to him. And if he wears hearing aids, loud spikes in sound may cause them to screech like a flat piccolo.

And if he suffers from Alzheimer’s, Grandpa’s brain may already be playing a constant barrage of loud noises (like a radio station that’s slightly off its frequency 24/7). So if the family gathering has excessive racket over and above that, you could find him totally overwhelmed.

How to help? If he reacts to lots of clatter, plan a quieter get-together while he’s there.

Of course, if Grandpa is highly social and thrives on the clamor? Great. Get him in the thick of it.

But if not, give him space. [Read about 7 mistakes to avoid when your parents are aging]

In the case of your family gathering, the leapers are more likely to be kids and pets.

Chances are they’ll soon be wrestling, wrapped up in a game of tag, or just plain romping around in circles.

As much as that makes us smile, if Grandpa isn’t steady on his feet, he could get knocked over.

Tell those fair maidens to invite Grandpa to join them.

Maybe it won’t be full-fledged bebopping, but give him a chance to move around. It’s important. If he’s stuck in one place in a chair all day, he might not be able to sleep at night. Which in turn will make him sleepy—or grumpy—the next day.

While milk may “do a body good,” it’s not always a friend of medication.

In fact, many prescriptions are quite particular when it comes to when they’re taken and what they’re taken with. (Dairy? Fiber? Protein?)

Make sure festivities don’t hamper Grandpa’s getting the proper medicine and treatments.

And who’ll keep track of dispensing drugs for the day?

While you don’t want him to miss doses, you also don’t want Grandpa to overdose because eight willing maids tried to help out. 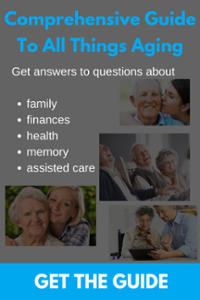 This one isn’t so much about getting him into water but getting water into him.

Keep him hydrated. This one is true for all of us, but especially for Grandpa.

All those reasons the doctor warns you that you need more water? They go double for Grandpa.

If he has a special bottle or straw that helps him drink what he needs, make sure he can reach it easily and often and keep it tapped off.

These particular geese tend to lay toys and rugs right where Grandpa needs to walk.

Make sure paths are clear of anything that could trip him up:

These rings aren’t literally golden, but they do top what is often known as the porcelain throne. If Grandpa’s drinking enough water, he’s going to need this one.

Be especially alert if Grandpa hates to be a bother and isn’t likely to say he needs to be excused.

And as much as you’re trying to keep schedules the same, things are bound to be a little different. Bring along extra clothes in case things don’t go as planned. And watch out for UTIs which can have unexpected symptoms.

Amidst the hubbub, make sure Grandpa can call out to you if he needs something, whether that be the bathroom, more water, or a chance to move around.

Beyond the level of noise, if everyone is talking on top of each other, it can be hard to interpret what’s going on around him.

Grandpa can get lost in translation.

If Grandpa has had enough of the large group party, he may need a break, with “Tea for Two.”

Enjoy some quiet time with just you and him.

In other words, let him catch his breath while connecting with you.

A Partridge in a Pear Tree

The menu might not include something as unique as a partridge in pear marmalade, but it’s quite possible the holiday will bring recipes he doesn’t get every day.

Keep track of what he’s eating in case he reacts to it later.

If you notice he’s inhaling the entire dessert table, encourage him to maybe take a breather.

But while you’re paying attention to his diet, remember that it IS a holiday. You are probably eating things that aren’t the greatest for you either.

So let him celebrate!

Just encourage him to do it in moderation so he doesn’t pay for it the next day.

Adding It All Up

Holidays are such special times to be together. You have the chance to enjoy each other’s company and the memories of all the past celebrations.

Making these small days-of-Christmas changes might just make it possible to have Grandpa there enjoying it alongside you, at least for a short time, without making you regret it later.

Elizabeth Daghfal is a writer, teacher, speaker, and community volunteer. Born and raised in the South, she now lives in Wisconsin and loves it—except for the fifteen months of winter. She has a passion to help people who are struggling and is happy to say her shoulders are drip-dry.

When she isn’t teaching or writing—who are we kidding? Her husband and five kids say she’s ALWAYS teaching and writing. But she also loves reading, singing, creating art, and just trying to stay ahead of the stories and research in her head. Read more about her at elizabethdaghfal.com.

If you'd like to see other topics related to assisted living and caring for the elderly, click here.